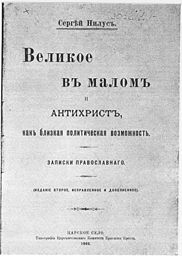 On the radio this morning they were discussing a contentious question that was in a recent religious education exam – Why would people discriminate against Jews? How is a 15 year old expected to answer a question like that – the question cannot be given justice in a brief answer.

It opens up the door for easy answers for stereotyping or even the promotion of anti semitism. Coincidently I have actually been reading about the conspiracy theories to which a lot of anti semitism is rooted, and it’s a lot deeper than I’m sure the GCSE syllabus covers.

The Protocols of the Elders of Zion is a document transcribing the minutes of an alleged meeting of Jews, published in Russia in 1903. It is a forgery and a hoax, written in 1891 but many groups have taken it as fact and have based their hatred around it. It’s amazing how many groups based on hatred are happy to hear what suits their own political agenda.

Whilst I agree that ‘Why would people discriminate against Jews?’ is a good philosophical question but not one that can be given justice by a brief answer by a 15 year old, unless they write

Any discrimination is based on ignorance and stupidity.