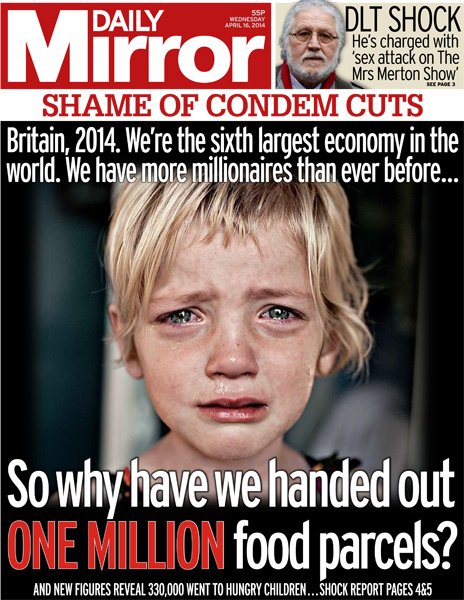 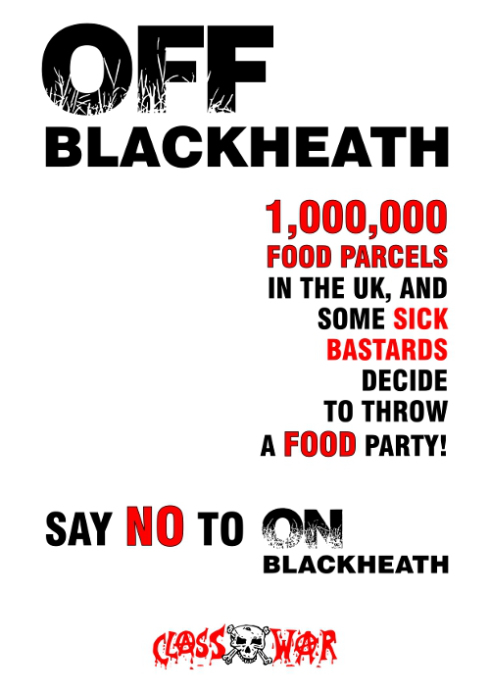 Yet another festival taking over our common land, in the name of ‘cultural experience’ and not capitalistic enterprise as some might say. With the increasing rise of poverty and hunger in this country, to a level not seen since the turn of the last century, ‘On Blackheath’ is a food festival based around farmers markets with a hefty ticket price to mix with the ever expanding aspect of society with their Hunter Wellies, quilted jackets and flat caps. Not the most well thought out event. I’m sure there will be food parcels at the festival, probably filled with quails eggs, truffles and some cheese by Alex James. There is also music by the not so revolutionary Massive Attack and the downright privileged Frank Turner – gag me with a spoon. If poverty is the paper cut of society this surly is the organic lemon juice

“In past times it was planted with gibbets, on which the bleaching bones of men who had dared to ask for some extension of liberty, or who doubted the infallibility of kings, were left year after year to dangle in the wind.”

Blackheath, not actual common land but manorial waste (land not used by the lord of the manor), owned by the Crown Estate and the Earl of Dartmouth – William Legge, MEP for UKIP, may be have a new uprising written into its history. I am getting sick of all our parks/common land being taken over by promoters for yet another festival – what happened to free concerts – especially one that laughs in the face of our country’s increasing issue.

Say NO to ‘On Blackheath’