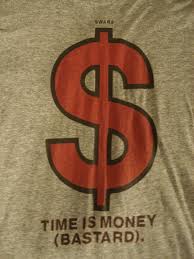 It actually has no value, only the value the Government forces upon it; it is not linked to any raw commodity or material – it is basically paper or plastic, as some of the new currencies are. It is basically fiat money, as opposed to commodity money. After WW2, the Bretton Woods agreement, chose the US Dollar as base currency, fixing the value of 35 United States dollars to one troy ounce of gold; other currencies were then linked to the dollar at a fixed rate. However all the gold would be kept in the US with bonds being exchanged as good will.

In 1971, many countries saw the US overspending (Vietnam, Space Race) and didn’t trust bonds, believing there actually wasn’t enough gold to back the dollar (there wasn’t) and demanded actual gold instead of bonds. In true Capitalistic form, when their back is against the wall Nixon simply abolished the link to gold; only temporary but it has never returned. Now every currency is simply based against what the markets deem its value against the dollar but having NO actual value apart from (empty) government promises. It is rumoured that there is only about 3% of physical paper currency in comparison to what is written on balance sheets.

Governments can deliberately devalue their currency to make importing/exporting more profitable but make no mistake the market controls the value. Those lovely men in the City / Wall Street who don’t give a fuck about none.

In my made the quickest way to undermine any economy is to make a run on the bank – everyone draw there money out at the same time – just as Northern Rock gave us a glimpse, it would really make the institutions quake.

1 thought on “All money is only as valuable as the markets & Government dictate.”