Perhaps George Osborne thought it would be too easy to solve the economic problems; create jobs and growth which in turn would secure people’s financial well being. Oh no, George is ignoring tried and tested policies that are based on sound economic theory by John Maynard Keynes (if you look after the growth of business, a deficit will sort itself out), and other econmic scholars. George is revolting – I should end the sentance there really – against the system, he has just doesn’t understand that normally a revoltion is meant to free people from oppression and hardship not force them into it!

Yes we are in a double dip recession, but there is no Plan B, further cuts will be introduced, that deficit must disappear. You cannot get out of debt by simply not spending any money, you actually have to earn some – as you see this is where the issue is George hasn’t done a days work in his life (unless you count his days being buggered as a fag!). Olympic Fever is obvioulsy taking over our George who is taking his role as Chancellor very serious and is obvioulsy going for a treble dip or a quadruple dip recession, (bigger and better that a double dip), something never achieved before – not even by Norman Lamont.

It’s all Labour’s fault, no, wait is the Euro crisis no, hang on everybody else economies are slowly growing, that’s it you either don’t know what you are doing or simply sticking two finger up to everyone else and stating “I’ll do it my way”. Lets face it you don’t have to worry about your own financial well being.

Douglas Carswell, Tory MP for Clacton has stated that it is civil servants rather than elected ministers that are dominating government policy. He has written on his blog:

What do the so-called ‘pasty tax,’ ‘granny tax,’ child benefit cliff edge and the reduction in tax breaks for charitable giving all have in common? They were all in the budget, right? Yes. But they have something else in common, too.

According to an ex-Treasury special adviser I’ve been speaking to, these measures were precisely the kind of perennial proposals that top Treasury officials would put in front of ministers – and ministers would then veto. Until now.

Most people are aware of the fact that the bureaucratic machine controls most policy by controlling what information is available to the ministers in charge. The laughable thing about this situation is that the notion of ‘pasty tax’ and ‘granny tax’ has always been vetoed until now.

It is only this Government can’t see how ridiculous and unfair these taxes are; now we have the evidence that no other chancellor would have dreamed of introducing these taxes, either through morality or the perceived unpopularity they would be greeted with.

I have said it before and now this underlines the fact that George Osborne doesn’t understand economics. Oh how the civil service must be pissing themselves laughing.

The chancellor was shocked to learn that rich people are paying the correct amount of tax, due to loop holes in the law, and is probably going to speak to his accountant to find out why he didn’t know about these.

Where has George been sticking his head (!) as most of the public are aware that the rich pay very little tax; the Guardian even ran a story as to how top footballers pay as little as 2% tax, so why is this a shock George. It’s not a lot to ask that a chancellor actually understands economics but apparently George is too busy with all his trusts to be bothered about such a trivial fact.

All I can say is that I hope he puts the loop holes on the front of his shop on Wednesday, as they will make a nice target for the pasties.

Anarchist Media Project have come up with the goods again! 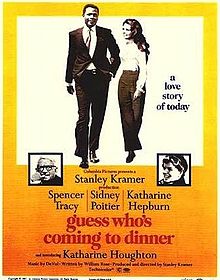 Mr & Mrs Cameron to play Matt Drayton & Christina Drayton (originally played by Spencer Tracy and Katherine Hepburn) in a remake of the classic film ‘Guess Who’s Coming to Dinner’. Instead of the film focussing on inter – racial issues it will focus more on class issues; depending on how much you “donated to the party will depend upon where you sit and if you can actually ask any questions. George Osborne is to play Monsignor Ryan (Cecil Kellaway in the original), as the voice of reason – don’t let them sway you Dave, they haven’t donated enough – you will hear him shout.

I personally think that all the rich have paid to have all the water transferred to their personal reservoirs in their Cotswold holiday homes. I believe George Osborne’s family have had a gallons of water put in trust for just an occasion.

The Treasury has revealed today that George Osborne has spent a total of £32,651 of public money on improvements to his no. 11 residence, whilst David Cameron has spent £60,000, but only half was from the taxpayer. Now they really are taking the piss – especially when Osborne’s heritage comes from a wallpaper firm.

This really is animal farm in full effect – the public told to cut back whilst the fucking wankers spend more than the average wage on decorating. It just goes to show they really are vermin.

In continuing my week dedication of songs to fit certain stories, today’s is dedicated to Mr Osborne, the fucking wanker who is desperately trying to make life harder for us all, and succeeding. It shouldn’t come as a suprise as Osborne has failed at everything else he has tried.

I, I’ve been lonely
And I, I’ve been blind
And I,. I’ve learned nothing
So my hands are firmly tied
To the sinking leadweight
of failure

When I get my hands on some money
I’ll kiss it’s green skin
And I’ll ask it’s dirty face
“Where the hell have you been?”
“I am the fuel that fires the engine
of failure.”

Some people live in hell
Many bastards succeed
But I. I’ve learned nothing
I can’t even elegantly bleed
Out the poison blood
of failure

At Yang Sing restaurant on the eve of the Tory Conference, nobody wanted to put their hand in their pocket to pay the bill. The Cameron’s left early, allegedly George Osborne gazed in the opposite direction, but Kate Fall persuaded Steve Hilton to pay. They will probably claim it all back on expenses anyway.

My Granddad taught me from an early age that there are two types of people in the world, those who go straight to the bar to buy a round and those who head straight for the toilet.

So a 31 year old has been arrested for going ‘rogue’, and losing the Swiss banking giant UBS 1.3 billion pounds. That’s pretty careless in anybody’s world to lose 1.3 billion; perhaps it was left in a taxi, perhaps in a bar after snorting cocaine with George Osborne (it wasn’t me Mr Coulson honest……….do you want a job?). I’m pretty certain, as with Nic Leeson, that he was told – if your plan works we (meaning UBS) are even richer, if it doesn’t your fucked and we know nothing!

I do think the un-named man should be applauded though, for single handedly attempting to destroy one of the major banks, even if it wasn’t his true intention.