And that’s a long overdue nod of acclaim for a team and a manager the wider football world stands accused of under-valuing in modern times.

Based on the period from 1951-61 when Wolves won the League three times and the FA Cup, Cullis’s great side comes out behind only Manchester United from 1992-2002 and Liverpool from 1979-89.

The study was undertaken by Dr Ian McHale, director of the centre for sports business at Salford Business School, and chair of the Royal Statistical Society’s sports section, which he claims objectively determines the greatest English teams of all time.

And one of the players drawn to Wolves because of that famous floodlit era welcomes the findings.

“It’s long overdue,” said John Richards. “Most football people growing up post the Second World War, regardless of the club they supported, would recognise Wolves as being the leading team of that era.

“It was without doubt their time. They set so many standards and made so many breakthroughs. It surprises me that other teams have since been given a higher standing.

“There was always a theory that the Midlands was a neglected area and certainly, by the time we went into the 1970s, even after Forest and Villa won the European Cup, there was still a feeling the media spotlight was never as big here as it was in London or in the north.”

McHale, a Liverpool fan, decided to undertake the project after being teased that Manchester United were better than the Reds.

He looked at English domestic statistics from the foundation of the Football League in 1888 until the end of the 2011-12 season, taking in 206,843 games in which 601,039 goals were scored, and including any team which has played at least 250 matches.

His research uses methodology similar to that used by bookmakers to predict results but looks back into the past and takes account of varying team strength over time.

During their stellar decade, Wolves won 220 out of their 420 League games, scoring 949 goals, including a never-to-be-matched 100-plus in four consecutive seasons from 1957-61.

What it doesn’t take into account were the famous floodlit friendlies pioneered by Cullis as a forerunner to the European Cup and Champions League.

Wolves took on and beat the cream of the continent’s best club sides, including Honved, Moscow Dynamo, Moscow Spartak, Red Star Belgrade and Real Madrid, and there’s also no accounting for the effect on the next domestic game after travelling from the different corners of Europe.

It’s impossible to give a true answer to how one great team would compare against one from a different era. But McHale believes he has come as close as possible.

“If you consider domestic championships

and cups, many people would argue you can’t look beyond one of the great Liverpool sides of 1970s and 1980s, or Sir Alex Ferguson’s Manchester United teams of the 1990s or the early part of this century, as the greatest English club team ever,” said McHale.

“Wolves is a great example from the 1950s, like Manchester City now, of a club who have had long lean spells, but you can see the trajectory and the lifespan of their best team.” 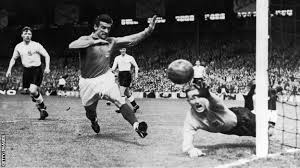 420 Games, 14 Seasons – what loyalty. A league title, an FA Cup, England call ups, and he played in the famous European Gold Games under the floodlights.

The man is immortalised within Wolves’ history.

The inevitable happened – oh how i’m looking forward to this season.

Nice to see Doyle play – he should offer to drop his salary, to say sorry for his lack of goals. Perhaps he will score 25+ in League One.

Yes Wolves are on Sky Sports, probably for the only time this season, since our catastrophic fall to a league no TV channel gives a monkeys about.

The worst of it is, Sky are only televising it to encapsulate our falling further down the footballing spectrum.

Just under two years ago, 3 games in, we were in the top part of the premier league. At this same time Crawley where in the conference.

It’s amazing at what you can do with a well run club.

Onward and upward…. Come on me babbies…. UTW

Can you feel yourself sliding? 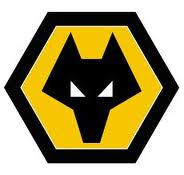 Barnsley need to lose, Crystal Palace need to thrash Peterborough and we need to beat Brighton – if this all aligns then Wolves will remain in the Championship. I rue the day when I said I preferred Wolves in the championship because at least we won matches.

There is also the 4 goal swing which needs to be considered, soI will be following the Palace score witha keen eye – if Wolves win I can’t see it by a big margin, so Palace need to score at least 3 with keeping a clean sheet.

If Wolves go down, so will we all. The sinking feeling in the Midlands will be so great that the country will sink in the middle, bringing the two ends of the country together before we slip down into the abyss below.

So you see the country’s fate is intrinsically attached to Wolverhampton Wanderers.

Come On me babbies.

I personally will blame Kevin (you know who you are) if we go down as a result of Palace’s incompetence in front of goal!

Yes most probably but not for the better probably a whole lot worse! Here’s some of my initial concerns –

Universal credit is to be introduced in a big shake up to the welfare system and for those receiving benefits they will be shaking in their boots as it’s destined to be a fuck up. This isn’t Tory bias (ha!) but what have the Government actually introduced that has worked and not fucked the working class and even the middle class. People are already struggling as energy prices increase and basic food becomes more expensive – yet you can buy a plasma screen TV for less and less – technology becomes cheaper, necessities for living become more expensive – what a strange paradoxical world we live in – benefits are not keeping in line with realistic living costs.

Fiscal Cliff – another reason why capitalism is wrong. For the western world to be intrisically tied with another country’s economy is stupid, especially when all they do is spend their money on guns and kill little kids. Bring back haggling – a doctor will cure you for three goats and a cup of tea etc.- you get my point.

Church of England’s refusal of woman priests and to sanction same sex marriages is simply condoning descrimination which people have fought hard to demolish. This simply ratifies social prejudice – look for more cases like that efucking bastard B&B owners.

Birth of another royal parasite, prepare for the media overload. If there was a god please make it/them a siamese twin – smile for the camera Evelyn – I promise will change my stance on the monarchy.

Wolves look likely to be relegated to league 1.

Mick McCarthy was sacked on Monday after Wolves were slaughtered by our arch rivals West Brom. He was our greatest manager for years, took over with only six players, thanks Hoddle, and took us to the premiership and kept us there.

It is time for a change but thank you Mick and good luck wherever you may go…….England…..England

What an astounding victory for Croydon Trams, actually scoring 5 goals against Badshot Lea, a mighty 10 places above us. With my beloved Wolves suffering their 5th straight defeat, to the Baggies of all teams, it cheered me up knowing that the Trams are beginning to get they act together.

On these performances I give it another 5 years befor the Trams will play Wolves at the Molineaux.